The Law Society of Northern Ireland will be celebrating its centenary with a flagship conference on ‘Shaping our Future Together’ which will be held in the heart of Belfast's legal quarter on Friday 23rd September 2022.

The special Centenary Conference aims to provide attendees with thought leadership and discussion on key issues that will impact the profession in the next 100 years, including:

Delegates are invited from the Society’s membership alongside those from the legal/professional services sector across public, private and voluntary sectors in Northern Ireland.

The conference will provide 6 hrs of CPD General Study for Solicitors and is priced at £100 + VAT per person to include full conference hospitality.

To register, please select the number of tickets you wish to book and complete the lead name on the order form, then each guest name and email if known. You can use a repeat email address and confirm attendee names in due course. 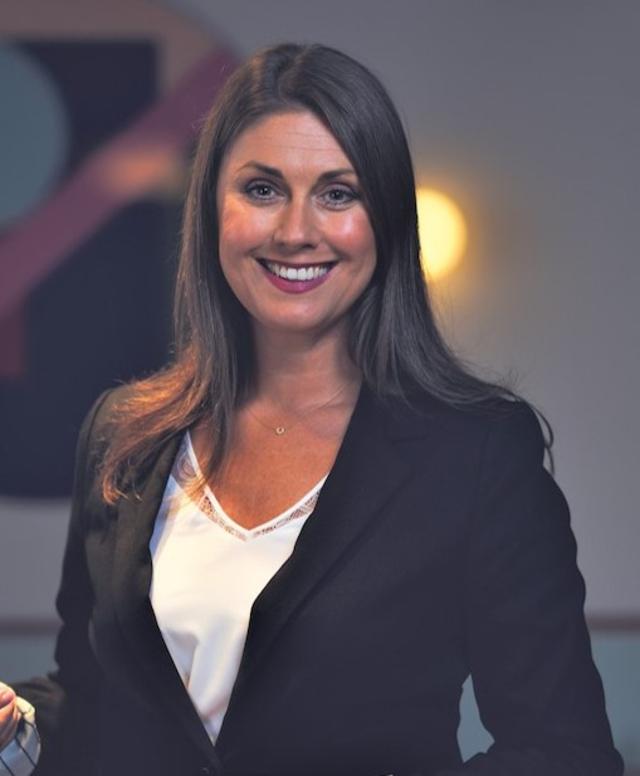 Sarah Travers is co-founder and director of Bespoke Communications, a leading training and professional development company serving the UK and Ireland. Sarah is a former BBC news journalist and TV presenter, with a keen interest in stories and the people that shape them. Sarah is a familiar face to many in Northern Ireland, where she was news anchor in the BBC newsroom for 17 years, covering high profile stories throughout the Northern Ireland peace process, and key events like the London 2012 Paralympics and BBC Children in Need. Sarah has also presented lifestyle programming for UTV and is in demand as an event and conference MC and podcast host.

Sarah is a proud ambassador for the Alzheimer’s Society in NI, Tinylife and Young Enterprise. 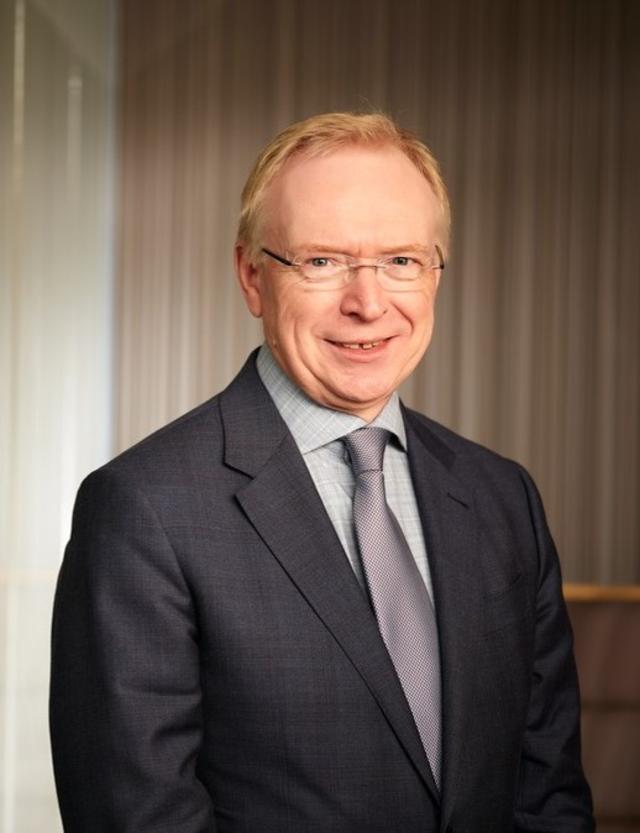 David Lavery was appointed Chief Executive of the Law Society of Northern Ireland in September 2019.

He also served as Principal Private Secretary to the First Minister from 1998-2001.

Mr Lavery holds an LL.B from Queen’s University, Belfast and an LL.M from Harvard Law School and he spent the earlier part of his career in private practice.

He was a Knox Fellow at Harvard and an Associate at Harvard’s Centre for International Affairs. He is an Eisenhower Fellow and a Visiting Professor at Ulster University.

Mr Lavery is a Member of the Northern Ireland Human Rights Commission.

In 2008 he was made a Companion of the Order of the Bath. 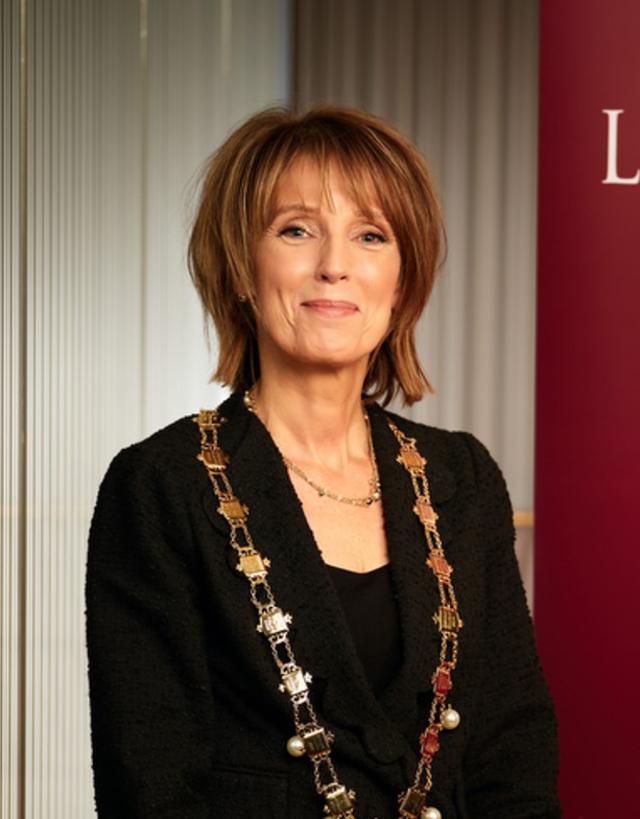 Brigid Napier graduated from Queen’s University Belfast in 1985 and joined her father in the family practice of Napier & Sons, a firm established by her grandfather in 1930. Since its inception, the firm has been renowned for its expertise in Insolvency and Brigid proudly took up this mantel, becoming one of only 3 solicitors in the jurisdiction to be licenced as an Insolvency Practitioner.

She is currently a Director in Napier Solicitors and advises on all aspects of Personal and Corporate Insolvency and is regularly appointed as a Trustee in Bankruptcy or Liquidator in complex insolvencies. Brigid’s daily work as a practising solicitor with over 30 years’ experience involves working at the coalface with individuals and businesses in crisis.

One of Brigid’s key goals is to give back to the profession and to encourage and inspire her peers as well the next generation of lawyers. From an early stage in her career, Brigid was involved in the Young Solicitors Association, and was a popular speaker at the Institute of Professional Legal Studies.

She is particularly proactive in promoting women in the law and was proud to take part in the Law Society’s mentoring programme. In recognition of her dedication to this cause, Brigid was honoured to receive the “Best in Professional Services Award” from Women in Business Northern Ireland. She also undertook bespoke training with the Institute of Leadership and Management and attained Advanced Coaching status.

Brigid cherishes her client relationships and values integrity, loyalty, and professionalism. She also understands the highs and lows, and the trials and tribulations of private practice in the SME sector as well the personal sacrifices which many have to make for career advancement.

In her free time, Brigid has a passion for travel with recent, pre-pandemic trips to Argentina and India, aimed at expanding her horizon and learning more about other cultures. Closer to home, Brigid enjoys hosting and entertaining friends and colleagues as well as exploring the sights and sounds of Northern Ireland, relishing long walks in Portstewart or the Mourne mountains.

Brigid sits on the Board of Leukaemia & Lymphoma NI which is her President’s Charity of the Year. 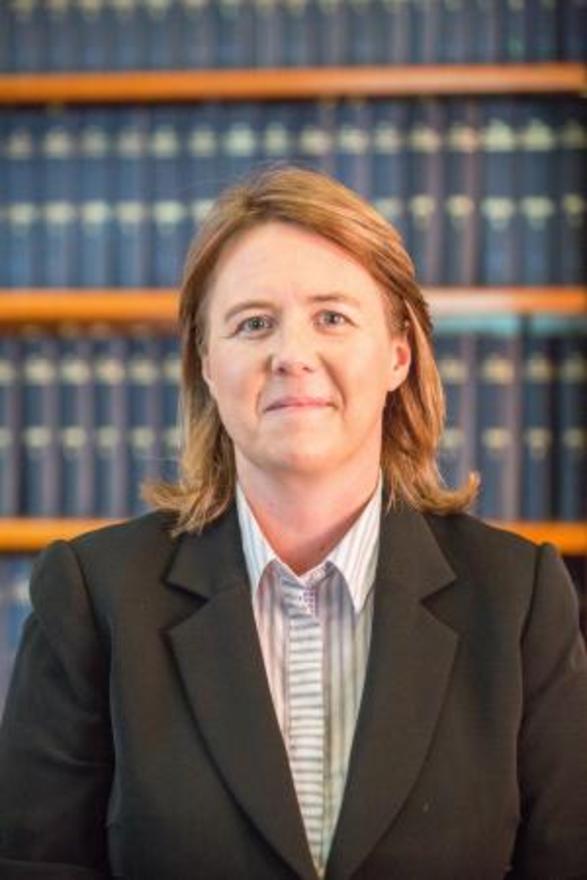 Lady Chief Justice The Right Honourable Dame Siobhan Keegan was appointed as a High Court Judge in October 2015. She was one of the first two women to be appointed to the High Court along with Madam Justice McBride.

Prior to becoming a judge, Lady Chief Justice Keegan, a Queen’s University alumna, graduating with LLB Honours in 1993, was called to the Bar of Northern Ireland in 1994 and became a Queen’s Counsel in 2006.

Lady Chief Justice Keegan was appointed as a Coroner in July 2017 and was the Presiding Coroner from September 2017 until September 2020. She was assigned to hear Judicial Reviews from 2017 until 2020 and was the Senior Family Judge in the High Court of Northern Ireland from April 2020 until her appointment as Lady Chief Justice. During her tenure in the Family Division she was also the designated Northern Ireland judicial member of the International Hague Network of Judges.

Lady Chief Justice Keegan was sworn in at the Royal Courts of Justice on 2 September 2021. 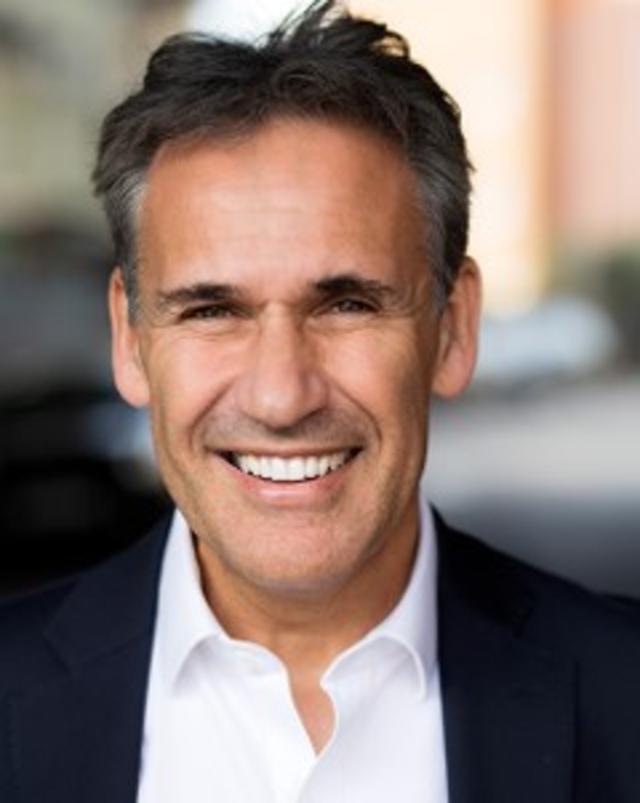 Professor Richard Susskind OBE is an author, speaker, and independent adviser to major professional firms and to national governments. His main area of expertise is the future of professional service and, in particular, the way in which the IT and the Internet are changing the work of lawyers. He has worked on legal technology for over 30 years. He lectures internationally, has written many books, and advised on numerous government inquiries.

Richard lectures internationally and has been invited to speak in over 40 countries and has addressed audiences (in person and electronically), numbering more than 250,000. He has written and edited numerous books, including Expert Systems in Law (OUP, 1987), The Future of Law (OUP, 1996), Transforming the Law (OUP, 2000), The Susskind Interviews: Legal Experts in Changing Times (Sweet & Maxwell, 2005), The End of Lawyers? Rethinking the Nature of Legal Services (OUP, 2008), Tomorrow’s Lawyers (2013), and has written around 150 columns for The Times. His work has been translated into 10 languages. 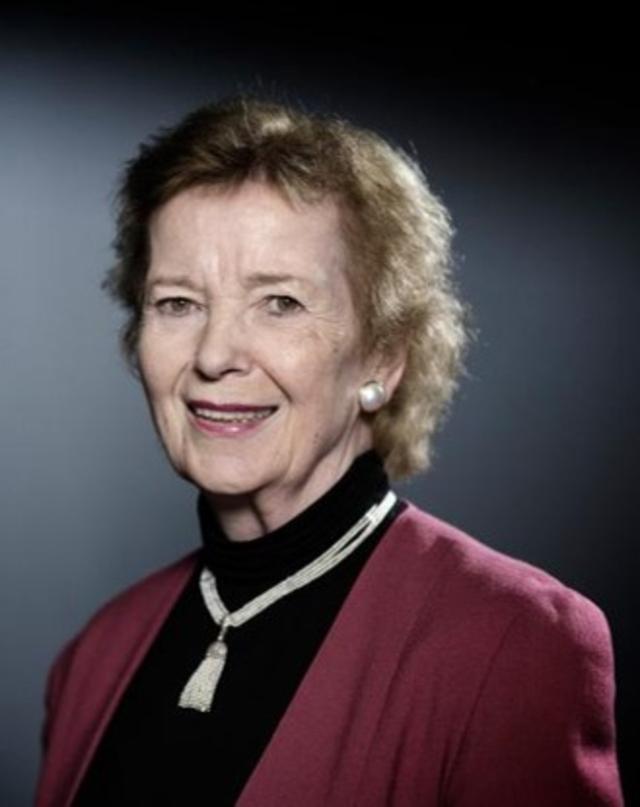 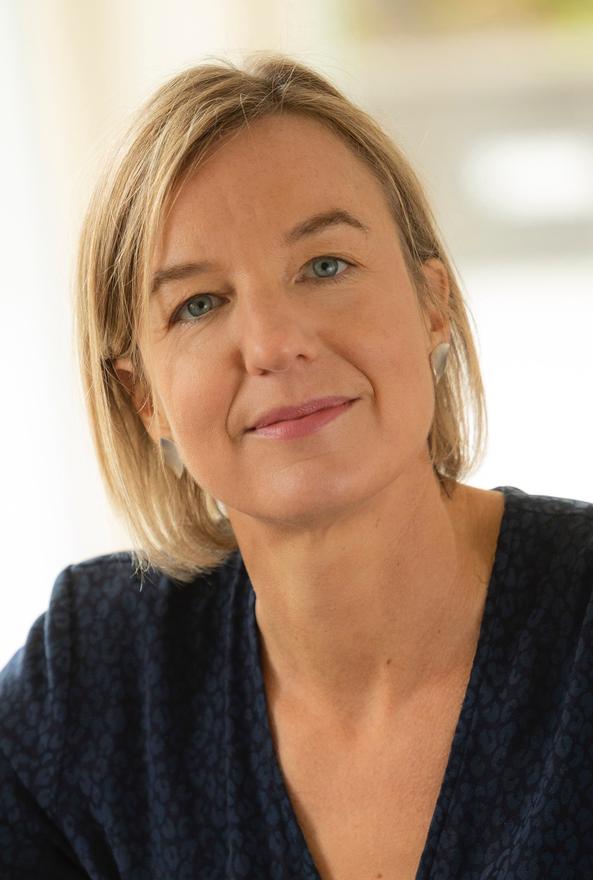 Dr Tara Shine is an expert in the field of climate change and climate justice, with a passion for communicating her science and her positive vision for the future.

She has advised world leaders, governments and civil society organisations on climate change, environmental policy and development assistance. Formerly a climate negotiator at the UN and Special Advisor to the Mary Robinson Foundation - Climate Justice and Adviser to the Elders, Tara is co-Founder and Director of the award-winning sustainability business, Change by Degrees. Tara is Chair of the Board of Trustees of the International Institute for Environment and Development (IIED) and co-facilitator of a science-policy dialogue under the UN Climate Convention. Tara’s book ‘How To Save Your Planet One Object At A Time’ was published by Simon and Schuster in April 2020, and is a guide to sustainable living told through everyday objects.

Rowan White graduated with an honours degree in law from the University of Cambridge in 1974 and returned to Belfast to take up an apprenticeship with Crawford& Lockhart, Martin H. Turnbull & Co.

He remained with that firm after he was admitted to the Roll of Solicitors in Northern Ireland in 1977 but moved to its affiliated practice in Ballymena, J.& A. Caruth & Bamber, in January 1979. Rowan returned to Belfast in September 1983 to join Norman Wilson & Co, becoming a partner in 1985.

Although that firm had by then been in existence for more than eighty years, he was, remarkably, only its third principal in all that time. Rowan was instrumental in its merger with leading Irish law firm Arthur Cox in 1996 and was a partner in Arthur Cox’s Belfast practice from 1996 until April 2018, when he took up a consultancy role.

His practice covers all areas of commercial property and, over the years, he has been involved in many of the biggest and most complex property transactions in Northern Ireland.

Elected to the Council of the Law Society of Northern Ireland in November 2015, Rowan has chaired its ​Business, Client Complaints​, Education and ​Professional Liability Committees, as well as serving on numerous other committees and sub-committees. He was elected President in November 2019 and, along with the other members of the Presidential team, was re-elected in November 2020 to provide continuity through the pandemic.

Rowan also serves as a nominee of the Society on the Council of Legal Education. 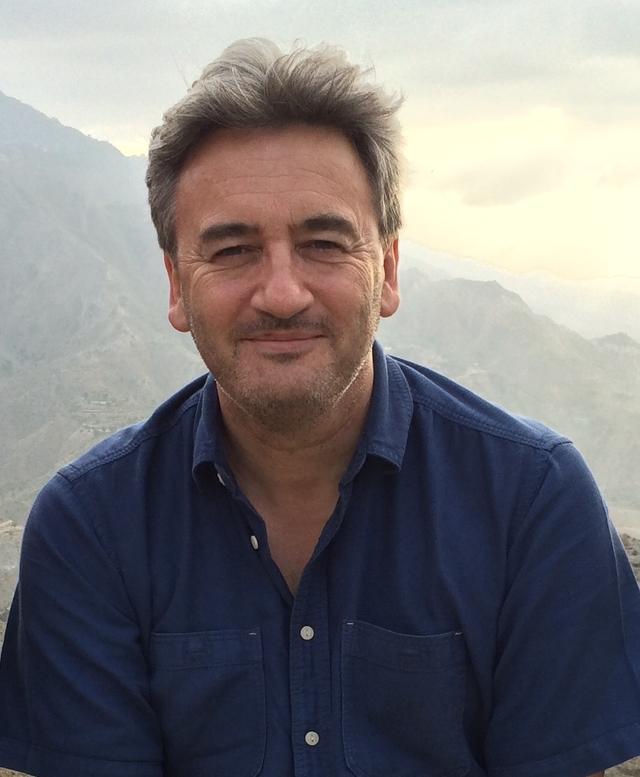 Fergal Keane is a proud father and an award-winning journalist and author. He is one of the BBC’s most distinguished correspondents. Among the awards he has received are the Emmy, BAFTA and the George Orwell Prize for literature.

Born in London, UK, and raised in Dublin and Cork, Ireland, Mr. Keane is the eldest of three children. H is the son of the late Eamonn Keane, acclaimed Irish actor, and the nephew of the late John B. Keane, regarded as one of Ireland's finest playwrights.

Mr. Keane began his journalistic career in 1979 with the Limerick Leader newspaper before moving to the Irish Press, RTE and the BBC, which he joined in 1989 as Northern Ireland correspondent. Shortly after, he became the BBC’s South Africa correspondent, covering the political unrest in South Africa, including the first multiracial elections following the end of apartheid. Mr. Keane then reported intensely on the Rwandan genocide that killed a million Tutsi. He won the Amnesty International Press Awards in 1993 and the Amnesty International Television Award in 1994 for Journey into Darkness, his investigation of the genocide.

He has written several best selling books. His most recent work ‘Wounds’ won the Christopher Ewart Biggs Memorial Prize and was Irish non-fiction book of the year. His book on the Rwandan genocide, Season of Blood: Rwandan Journey, won the 1995 Orwell Prize.

In 1995, Mr. Keane was appointed the BBC’s Asia correspondent in Hong Kong. His award-winning 1996 recording, Letter to Daniel, inspired by the birth of his then-newborn son, was originally broadcast on Radio 4 and is now considered a classic. That script, and another memoir to his father, are published in his best-selling book of essays, Letter to Daniel: Despatches From the Heart.

In 1997, Mr. Keane was awarded an OBE for his services to journalism.

He has also won the James Cameron Prize for war reporting, the Edward R. Murrow Award for foreign reporting, the Index Prize for Outstanding Commitment to Journalistic Integrity, and a Sony Gold Award for his Radio 4 series, Taking A Stand. He is the only journalist to have won the Royal Television Society Journalist of the Year Award and the Sony Radio Reporter of the Year in the same year. 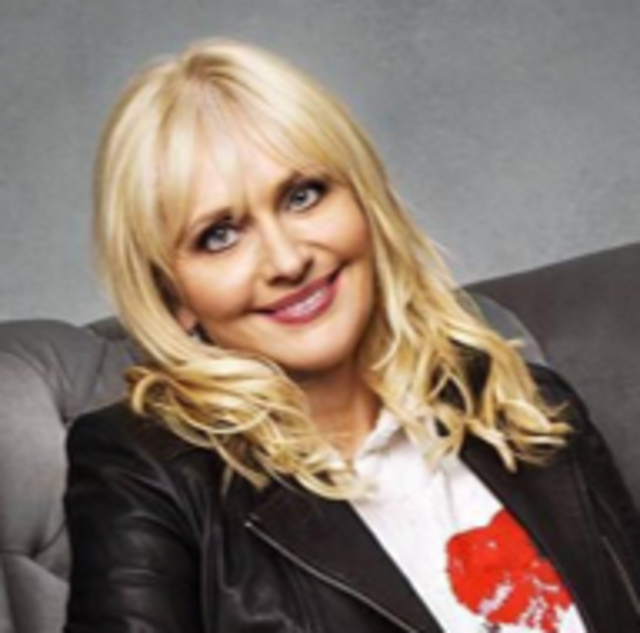 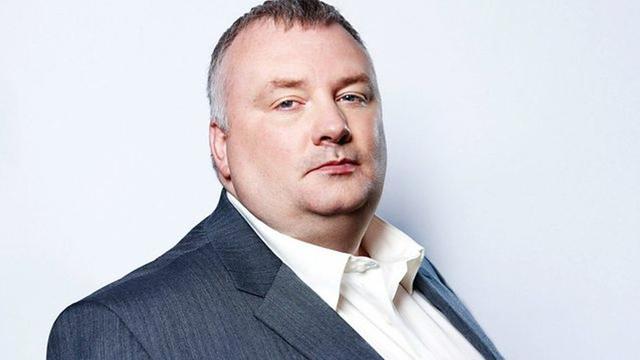